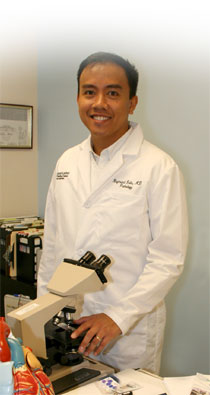 Raymund Dala, M.D. received his medical education from Marshall University's School of Medicine and is based at Broward Health Coral Springs. Prior to joining FirstPath, Dr. Dala served on the pathology team at the University Hospital and Medical Center in Tamarac. He also served as Chief Resident at Mount Sinai Medical Center in Miami Beach, where he received additional surgical pathology fellowship training in oncologic pathology with a concentration on breast pathology.

He has been the recipient of several prestigious awards including the College of American Pathologists Foundation Award and the Management in Clinical Laboratory award given by the University of Michigan Medical School Department of Pathology.